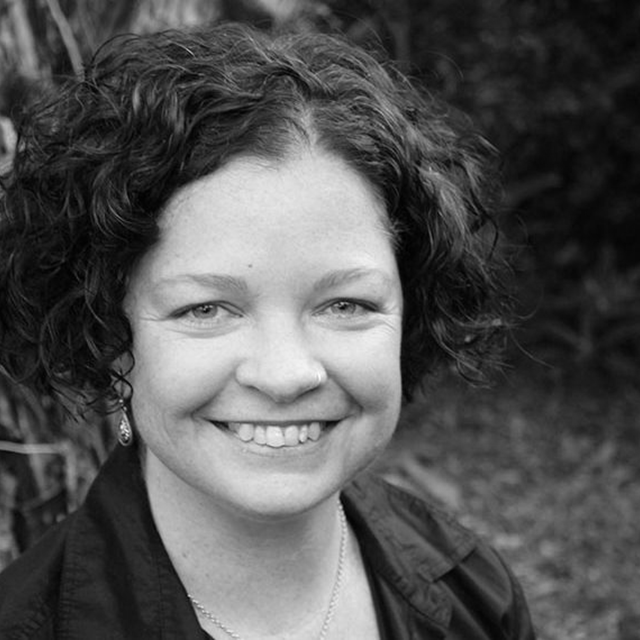 Elly is a Councillor on Lismore City Council, and has a strong arts and cultural development background. Elly has been involved with LightnUp and the Lismore Lantern Parade since 2003, directing the fiery finale for most of that time, and currently directs the opening ceremony at Woodford Folk Festival. Elly is also an experienced events manager, working on numerous arts, music and community events and more recently in her work with Lock the Gate and Gasfield Free Northern Rivers. 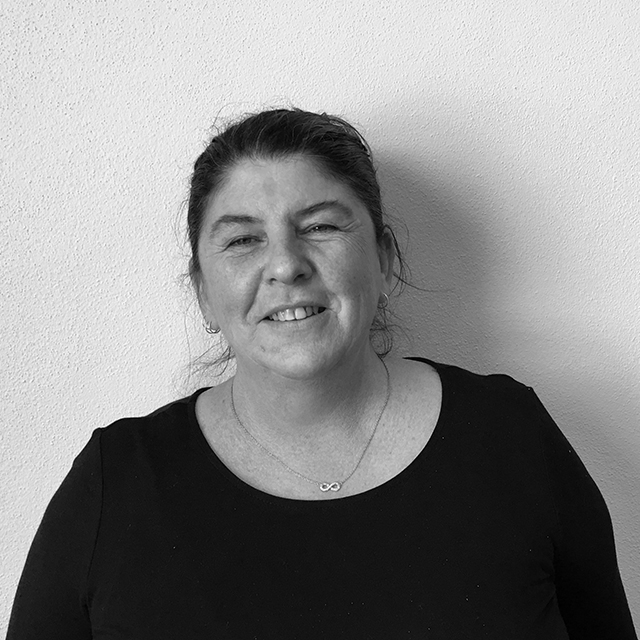 Ruth is Director of the Kyogle Council’s Roxy Gallery. She has a long history in arts and cultural development in the Northern Rivers region, including extensive involvement in developing the Kyogle Council Cultural Strategy and the future development of Kyogle’s Cultural Precinct. As an active member of the arts, Ruth has an ongoing commitment to Kyogle and District Arts Council, was co-founder of RealArtWorks and has had a career spanning exhibition development, performance & live production management and cultural development. Ruth stands as an advocate for the inclusion of creative culture in everyday life. 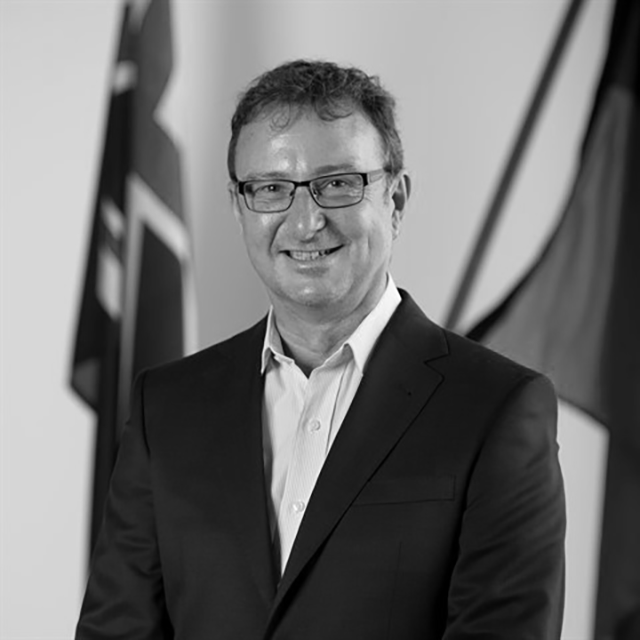 Steve Pickering | Treasurer (Interim)
Clarence Valley Councillor
Steve Pickering has been heavily involved in the arts in the Clarence Valley, both as a gallery owner and also a committee member on the Clarence Valley Cultural Committee. As president of Ulmarra Village Inc (the Ulmarra progress association), he organized community events which were a fantastic way to bring the community together during the days of COVID. He opened the Coldstream Gallery in the historic river-port village of Ulmarra, with his partner, in 2017. As an advocate of local artists and creatives he realises the importance of the creative arts and associated industries within the Northern Rivers. Steve has been an invited judge at art competitions including the Jacaranda Art Exhibition, Wild about Wooli, the Maclean Show and the Lilli Pilli Art Show, amongst others. As a first term councillor on the Clarence Valley Council, he wants to strengthen the focus of arts, culture, heritage and youth within the Clarence Valley and Northern Rivers region. The importance or arts and culture in repairing and rebuilding communities can not be underestimated, arts are the glue that brings communities together. 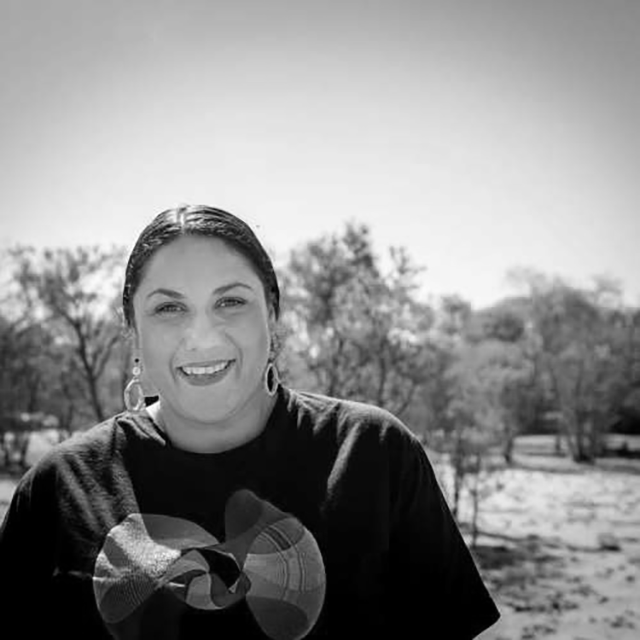 Naomi Moran is a Nyangbal (Bundjalung) and Dunghutti woman from New South Wales, and is the General Manager of Australia’s only independent Indigenous newspaper, the Koori Mail. Her career in Indigenous media spans over 20 years, and includes experience in print, television and radio. At just fourteen years old, in April 1998, Naomi joined the Koori Mail as a trainee office worker, which resulted in a ten-year journey working for the paper in various roles and departments throughout the business including advertising, sales, marketing and editorial. In 2008 she pursued her career goals in Indigenous Media, joining the communications team at NITV, Australia’s only Indigenous TV station, and then went on to explore working in radio with a joint position with both the Brisbane Indigenous Media Association and the National Indigenous Radio Service, in Brisbane. In April 2016, Naomi returned to the Koori Mail, with the Koori Mail Board of Directors appointing her as General Manager. Naomi has a passion for supporting Indigenous youth with employment and career pathways, by developing and delivering in-school programs and mentoring for students throughout the northern NSW region. In 2019 Naomi was elected to the board of First Nations Media Australia, and since has been elected Chairperson of the new peak body for Aboriginal and Torres Strait Islander media and communications. 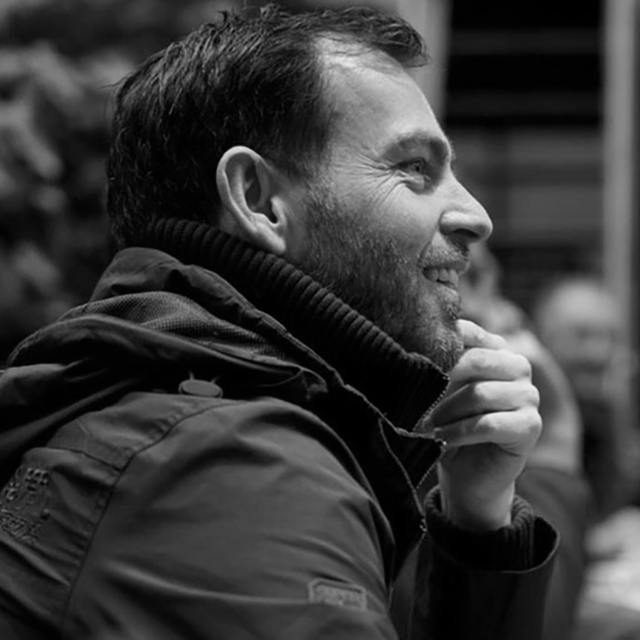 Brett has 18 years of experience working in international affairs and representing Australian interests abroad. He has worked at Australian High Commissions and Embassies in Papua New Guinea, Vanuatu, Fiji and Japan, and was most recently a Counselor at the Australian Embassy in South Korea. He is passionate about advocacy, cross cultural communication and using people to people links to deepen relationships and advance common interests. Brett is a fourth generation Northern Rivers local. He was born in Lismore, raised in Mullumbimby and has recently returned home to Rosebank. 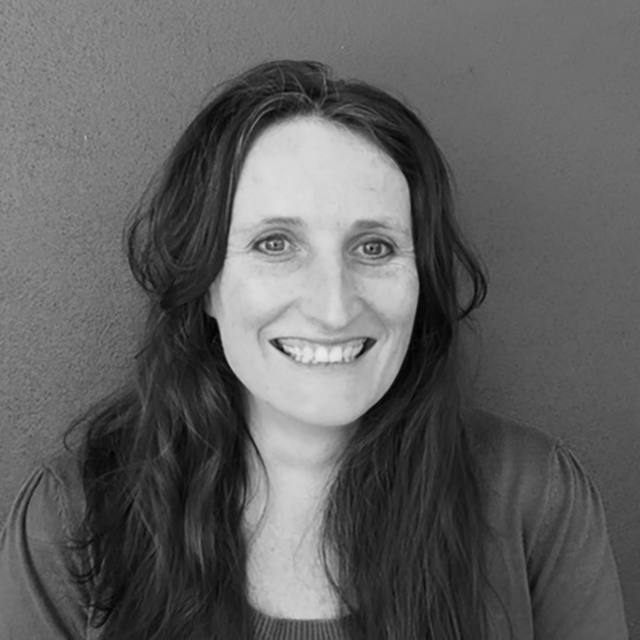 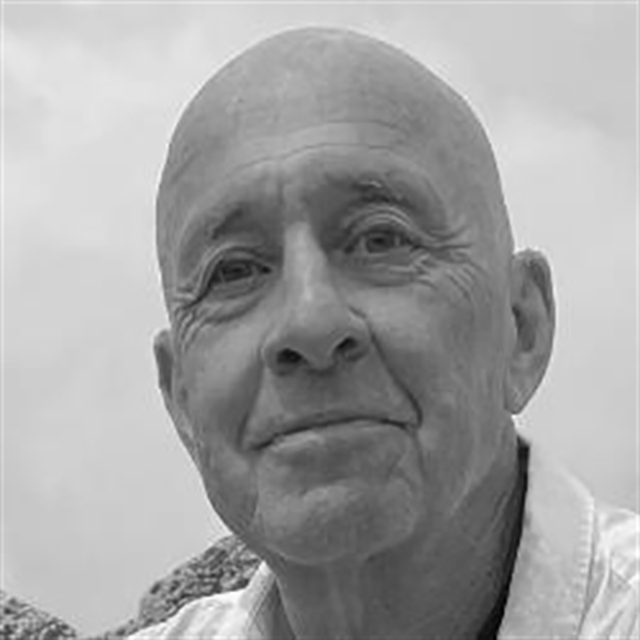 Musician, producer and artist Peter Westheimer lives in Northern NSW and has previously been on the Arts Northern Rivers board. He has composed music for feature films, television documentaries, installations & multimedia whilst his personal album releases span  many genres – world, electronica, chill, ethno-ambient, dance, new wave, neo classical, synth-pop.  He has extensive theatre experience as an actor/codirector and was the musical director for a large multimedia event ‘Cyberspace’, at the Epicentre, Byron Bay. In 2012 he showcased the album Tranzworld Express with multimedia performances at Splendour in the Grass festival and Byron Bay Community centre theatre whilst the opening track Change Now. was awarded Best Australian Independent Music Video of the year. He has been a board member of Screenworks and was the major driver of the $1.5 million repair and refurbishment of the Mullumbimby Civic Hall during his previous term on Byron council. Positive personal, environmental and political change are integral to Peter’s way of working/creating. 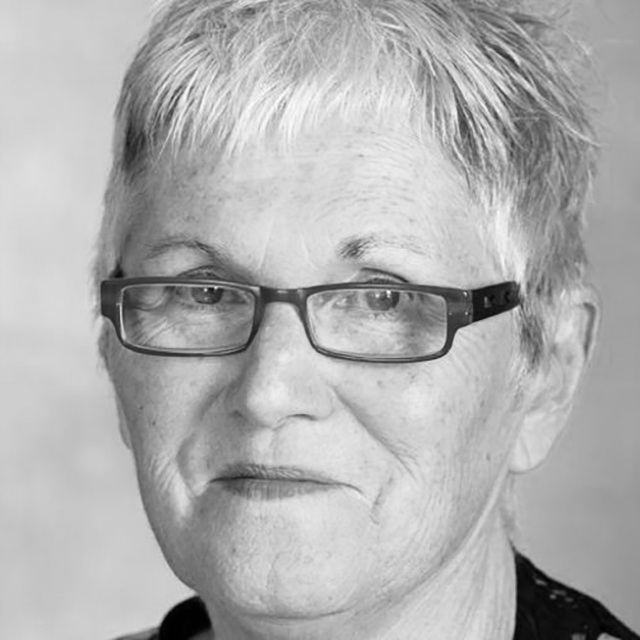 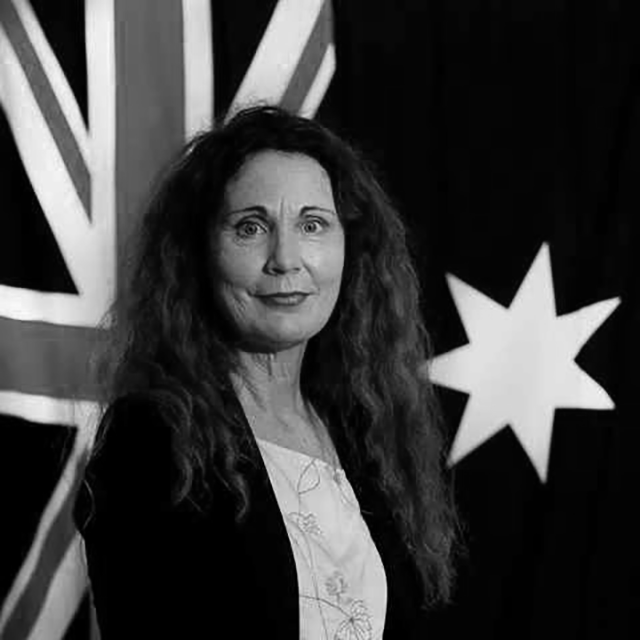 She grew up in the Tweed Shire and more recently spent ten years managing a  holiday park in the Tweed.

She is an independent Councillor and has focussed her attention on community led  decision making. 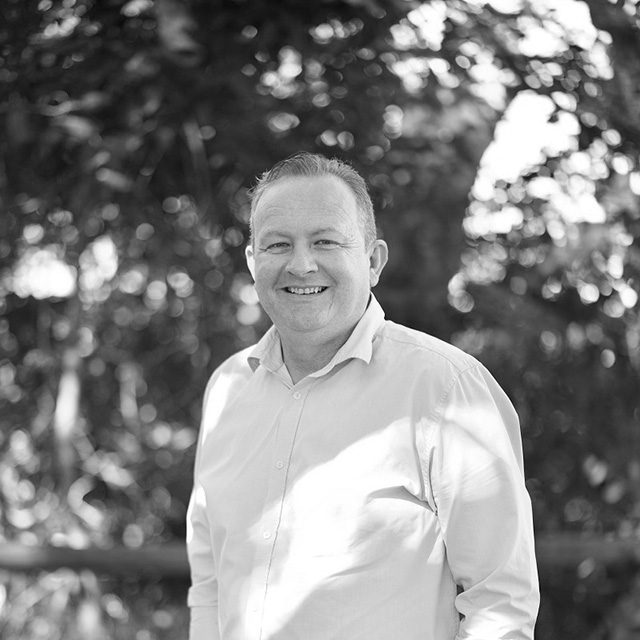 Patrick Deegan lives and works in Casino. He has lived and worked in the region his whole life and is deeply entrenched in the community.  As a councillor for Richmond Valley he actively sits on not only the Arts Northern Rivers board but also Toys Change Lives and Family Support Network. 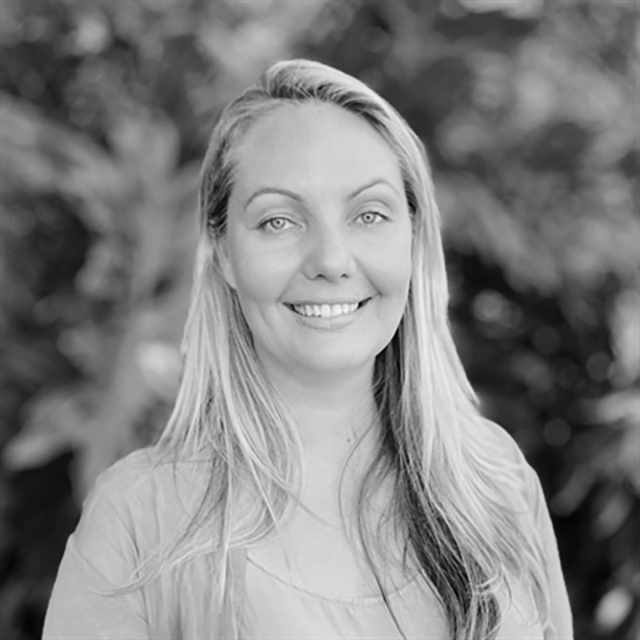 Sama is a Creative Director, Designer & Producer with an international body of work in the performing arts industry. Working collaboratively with teams in leadership roles and behind the scenes, she comprehensively oversees productions through from conceptual stages to completion. Sama is the founding Director of IPAN International Performing Arts Network & WISE Women In Screen and Entertainment.

Sama is passionate about social activism, as reflected in the shows she produces and directs. Sama brings vision and heart to all her work, she is a passionate campaigner for equality, diversity, social justice and an advocate for women’s leadership to bring about social change. 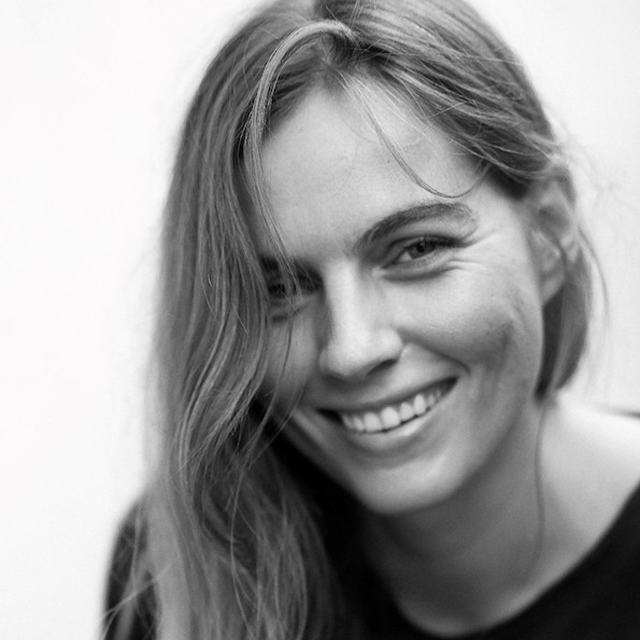 Ashleigh Ralph is the Director of Lismore Regional Gallery. Before this, she has been Assistant Director, Development and Operations at the Institute of Modern Art, Assistant Curator at UAP and has worked at Griffith University Art Museum, Edwina Corlette Gallery, and the University of Queensland Art Museum. She is also the Founder and Director of Innerspace Contemporary Art. Ashleigh holds a Bachelor of Arts, Art History with First Class Honours from the University of Queensland. 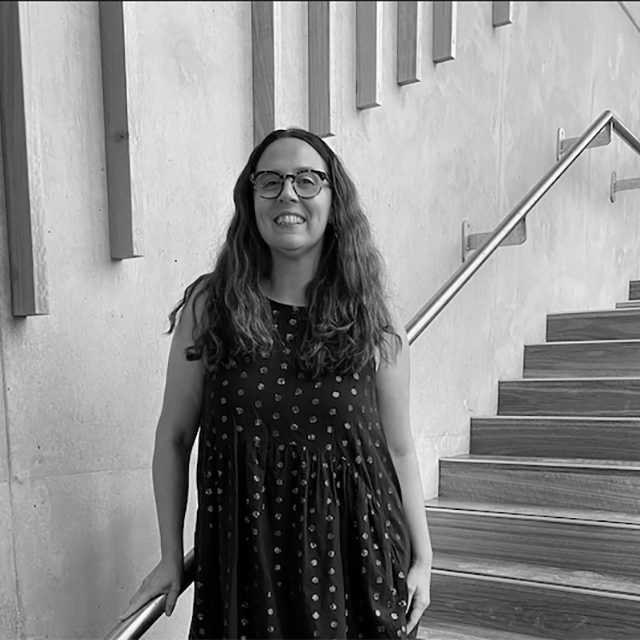 Niomi Sands is the Gallery Director at Grafton Regional Gallery. In 2021 she opened the multi-million dollar upgrade of this Gallery. Prior to this Sands’ worked at the Glasshouse Arts Centre as the Gallery Curator for ten years, and has worked in a number of regional galleries in various roles across NSW, and at the MCA as a registrar. Sands holds a Bachelor of Fine Arts Honours, Masters of Museum Studies , Graduate Diploma of Arts and Cultural Management and a Doctor of Visual Arts. 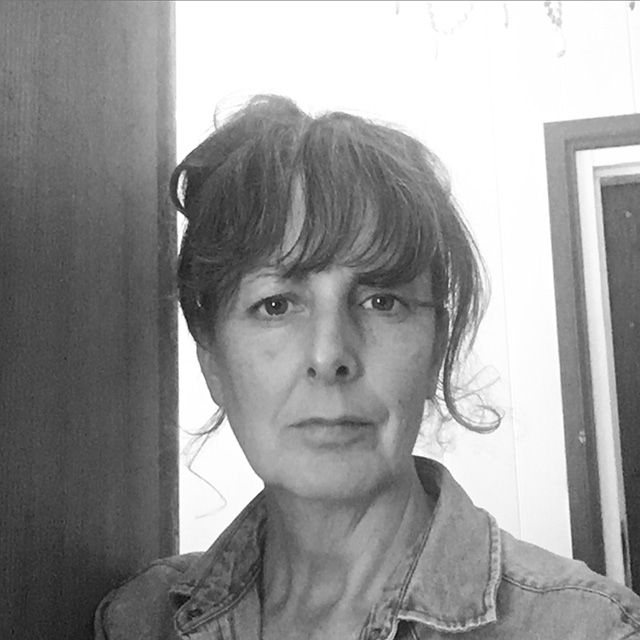 Sarah Nash is an officer of Clarence Valley Council; she is responsible for the programming and
marketing of the annual plunge Arts &amp; Culture festival which is a month-long program of community
run events across the Clarence Valley. With a background in national and regional media Sarah has
helped engage community and grow the festival to more than 175 events each year including
workshops, exhibitions, performances and installations. She also works at the Grafton Regional
Gallery to create public programs, and to develop public art and cultural partnerships across all
creative industries in the Clarence Valley.
In her 5 years at Clarence Valley Council Sarah has also worked with the Grafton Regional Gallery, as
Youth Development Officer, Safe Communities Officer and with Clarence Care and Support aged and
disability services. She is a volunteer for Mullum Music Festival, Bello Winter Music Festival, Byron
Writers Festival and the secretary for the Clarence Valley Cultural Committee. 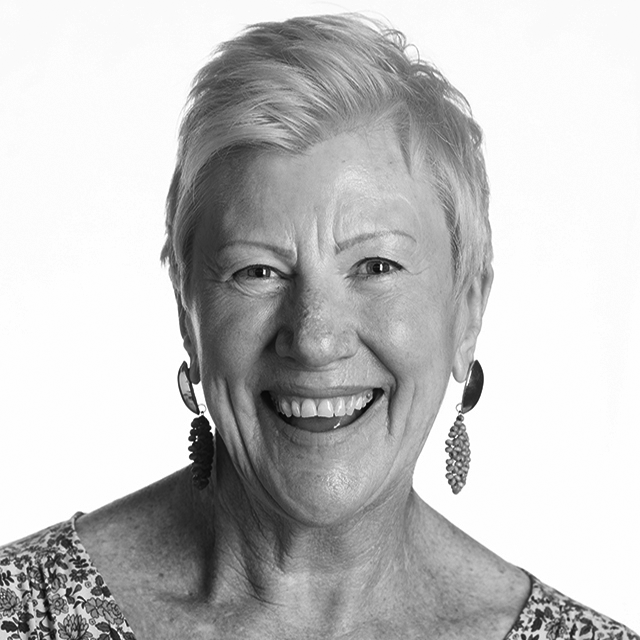 Sharon has enjoyed a successful career spanning almost 35 years in journalism, internal communications, marketing, and public and government relations. Since joining Richmond Valley Council nine years ago, she has been responsible for the organisation’s communications and engagement, events and tourism, and public art. Sharon’s passion for her community drives her to create positive change. Sharon has overseen a number of exciting public art projects, including the El Gronda, Simpson Parade and Coraki Pool murals. Two major projects underway include the painting of the Casino water tower and the installation of three hand-carved totem poles adjacent the Evans Head River.