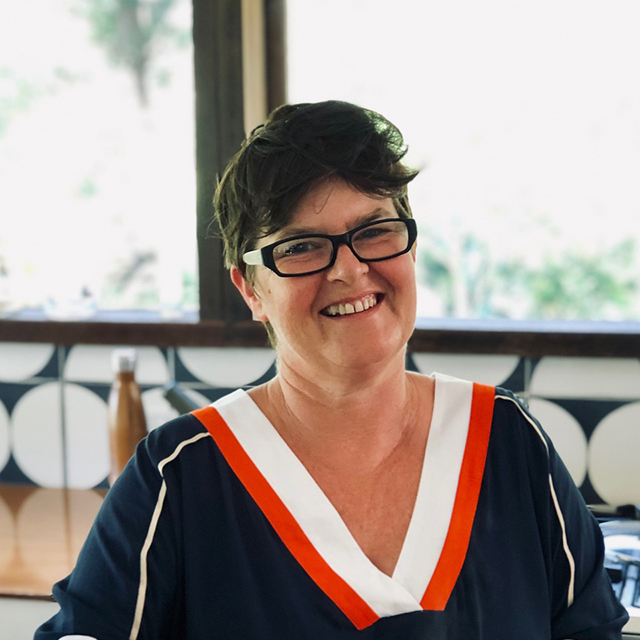 Kylie Caldwell is a Bundjalung women who is dedicated to sustaining and promoting Aboriginal Arts & Culture. Kylie has come full circle, having started a career in textile and art design and then working 14 years with the Department of Education where she implemented engagement programs focusing on student attendance, aspirations and arts. Kylie has decided to follow her passion returning to arts. She is a multidisciplinary artist that has been regenerating Bundjalung weaving, working with local groups of women in Bundjalung and researching museum collections in Australia and overseas.

Ingrid is a passionate arts worker and curator who manages all Arts Northern Rivers communications plus the Northern Rivers Creative platform. Building her creative career for the past decade, she has experience working with thriving arts and cultural precincts including The Brisbane Powerhouse, Art Pharmacy, The Nest Creative Space and UNSW Art & Design. Her studies in Fine Art at both QUT and UNSW Art & Design has resulted in a dedication to curating, with a particular interest in experimental practice and emerging technologies.

Grace Dewar is an interdisciplinary artist and culture producer. Working in intervention, installation, collaboration and video, Grace’s research and object-based practice is concerned with the mass choreography of society and how it is *organised*. With a background in artist-run initiatives, curation and public art, her work is interested in the relationships between art, architecture and audience, and the role of maintenance and care practices in contemporary art.

Sean worked as a PR Executive Director for a top London firm where he managed clients from the UK, Amsterdam, Milan, Paris and New York for London and Paris Fashion Week. He is the Projects & Communications Manager/Costume Designer for Dance Integrated Australia and has styled & costumed for Restless Dance Theatre, No Strings Attached, Vitalstatistix, Finucane & Smith and Accessible Arts. Sean was also Projects/Digital Marketing Coordinator with BlakDance, Australia’s national industry body for contemporary Indigenous dance – Dana Waranara (2015) and the NIDF (2017). He is currently Project Manager and dancer for MOVE IT – Dance Fitness Fun. 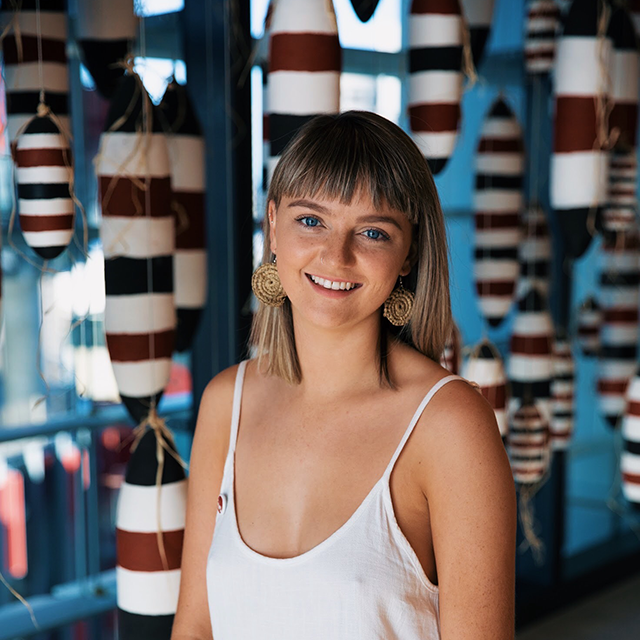 Paris Mordecai is a proud Widjabul Wyabul woman from the Bundjalung nation, living on unceded Arakwal Jogun in Byron Bay. Paris has a background in First Nations education as a program coordinator in the tertiary education sector, specifically in the spaces of knowledge strengthening and communication, community co-design, and working with young people to build cultural confidence and aspiration. Moving into the arts space, Paris brings a strong passion for First Nations knowledge amplification, storytelling, and community outreach. Paris is also Creative Producer, First Nations at Northern Rivers Performing Arts (NORPA).